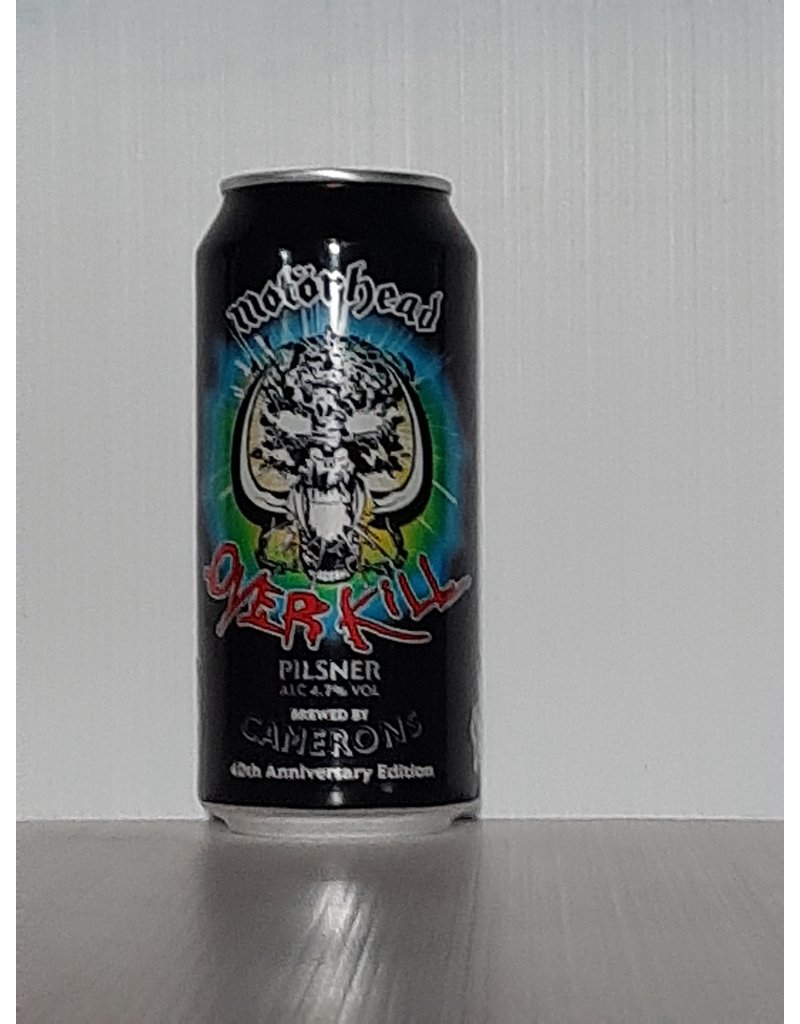 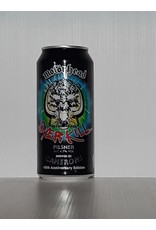 Released March 24th 1979 Overkill is the second studio album Motörhead released in 1979 and was listed among the 100 Greatest Heavy Metal Albums of All Time.

It’s a ferocious, ear-jarring and eye-watering album, perfectly showcasing Motörhead’s trademark style of dirty no holds barred rock’n’roll delivered with a punk snarl and raw heavy metal attitude that forces itself into your mind, body and soul.

Overkill Pilsner was crafted with this in mind. Based on a Czech pilsner style with the late hop addition of Styrian Wolf hops which, adds a gentle fruity taste to its solid malty backbone.

Crisp, clean and very refreshing but with a little bite!

Add your review
0 stars based on 0 reviews
Add to wishlist / Add to comparison / Print
Please accept cookies to help us improve this website Is this OK? Yes No More on cookies »