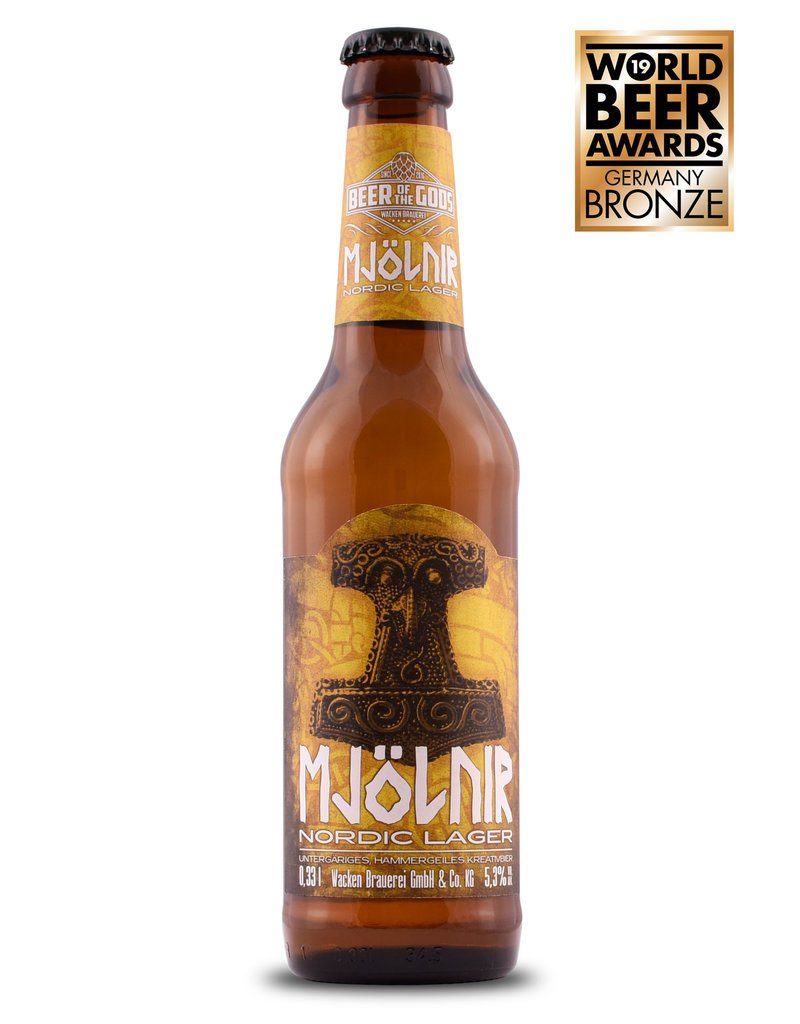 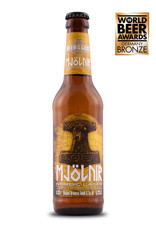 I am Mjölnir, the fearsome hammer of Thor, god of thunder. I was forged by the dwarves Sindri and Brokkr. If you throw me, I'll never miss the target. Thrym the giant stole me out of Asgard, the realm of the gods, but the gods brought me back home with a ruse:

As the giant would not return me unless the goddess Freya becomes his bride, Thor, in order to retrieve his property, disguised himself as Freya, accompanied by Loki attired as a handmaid. Thrym ordered for Mjölnir to be brought and laid on the bride's lap to consecrate the marriage - And thus was Thor's power restored.

First Thrym he stroke down to the ground, then all his kin he killed in turn, thus Thor came to recover his Hammer.

The Beer of the Gods Pilsner is dedicated to this mighty, godly hammer. It was 'forged' to be brightly pale, quaffable and fruity fresh all at once. It was hopped with Summit, Cascade and Comet. The beer was left natural, unfiltered and unpasteurized. In short, a divine beverage.

Overindulgence comes with heavy consequences, so be crafty and drink in moderation!

Add your review
0 stars based on 0 reviews
Add to wishlist / Add to comparison / Print
Please accept cookies to help us improve this website Is this OK? Yes No More on cookies »